We want as many high schoolers from all over Australia to come to KYCK 20! To help, we’ve created some resources for you to use to promote KYCK 20 at your church. Click the links below to access these resources. Why not show the promo video at your youth group? Or share the social media images on your pages? If there is anything else you need or if you’d like us to post you some KYCK20 Flyers, please reach out and let us know at kyck@kcc.org.au or 1300 737 140. Download all promo materials as a zip file (130.2Mb):
Download All

All of the fantastic KYCK 2019 talks are available on our KCC App for FREE! Download the app HERE to start listening today.

Listen to all the great songs from KYCK 19, follow our playlist on Spotify!

Some people love Christmas Carols. Some people aren’t so keen. Which are you? Either way, we’d love for you to join us over the next few weeks as we read some of the original Christmas carols found in Luke chapters 1 and 2!

What’s your reaction when you get good news? Are you a screamer or a squealer? Do you jump around and go crazy? Sing at the top of your lungs? Maybe you’re more of an internal processor! Or just stand there with your mouth open and think it’s too good to be true!

In Luke 1, we meet an older couple, Zechariah and his wife Elizabeth, who hadn’t been able to have children. One day, Zechariah was in the temple and an angel appeared and told him that his wife was going to have a son! Zechariah was gobsmacked and didn’t believe the angel at first – and because of this, he lost the ability to speak until his son was born! (Go back and read Luke 1:5-25 for the full version). When Zechariah’s son is born, he names him John (the Baptist) and he’s able to speak again. And this time, Zechariah has a much better reaction to this good news – he sings!

Zechariah’s song teaches us three main things: Firstly, that God is keeping his promises, even those that were promised thousands of years ago. Secondly, that God is going to save his people. And thirdly, that God will use his son John to get them ready for their saviour – kind of like one of those mini trucks that comes before a massive truck on the highway to let you know what’s coming up ahead!

What promises of God do you find it hard to believe that He will really come through on? When you doubt that God will really keep his promises, look to Zechariah’s song – and know that God is keeping his promises to us, even those that were made thousands of years ago. Remember that God has already saved us by sending Jesus, and we can trust that Jesus will come again. Remember that God gives us great reasons to sing for joy, just like Zechariah did.

“A promise made is a promise kept.” Sounds too good to be true! I cannot begin to count how many times someone has made me a promise, only to let me down. When a promise is not honoured it feels like a kick in the guts. However when a promise is kept you feel like bursting with joy and thankfulness! This is what’s going on here in Luke.

This passage is all about a promise maker who keeps His promises! I mean, yeah it’s Mary who is singing, but the song isn’t about her – she’s not singing about how deserving she is of God’s goodness or how she was so special that God chose her to bring Jesus into the world; she’s singing about the goodness and faithfulness of God, the one who makes and keeps promises. Mary recalls God’s grace shown to her, His mercy from generation to generation and how He has acted throughout history to make His name great v50-53.

Mary knew her Old Testament (which was her only testament) and she knew the significance of God’s promises which extend all the way back to Abraham; that they were pointing to the day God “remembered to be merciful to Abraham and his descendants forever” v54-55 by bringing His Saviour into the world, the Lord Jesus Christ.

Christmas is a time where we remember the fulfilment of God’s promise of a Saviour. It is a time where we recall the events of the past, bring them into the present, and let them shape our future knowing that God’s promises extend into the future, because with God a promise made is a promise kept! Who can you share this good news with this Christmas?

The Christmas Carol Silent Night was written by a German man by the name of Joseph Mohr, and was first sung in his church in 1818. It’s one of the most popular Christmas Carols in the world and even ranks as the number 4 selling single of all time!

And yet, when we read the accounts of Jesus’ birth in Luke 2, it doesn’t seem like a particularly silent night. All these out-of-towners filling Bethlehem for the census, Mary giving birth in the place where the animals eat, and then, of course, the headline performance of the night – the angels singing to the shepherds. They sang “Glory to God in the highest heaven, and on earth peace to those on whom his favour rests”.

Silent Night includes the line “sleep in heavenly peace”. I don’t know about you, but I haven’t actually seen that many babies that sleep with any sort of peace. Babies cry and wail and poop and scream! So, I don’t think there’s any sort of guarantee that Jesus was sleeping in heavenly peace that night. But that’s ok. Because in coming to earth as a baby, Jesus was achieving something far greater than a good night’s sleep.

Jesus, Immanuel – God with us. The one who holds the universe together came down as a baby, so that he would live a perfect life, and die in our place. He may not have slept in heavenly peace. But he is the one who brings us peace. A peace far greater than anything this world has ever seen. A peace greater than the end of all war, or restored friendships, or a family brought back together. Peace between God and his people. Do you know this peace?

When you sing Silent Night this Christmas time, think of the angels singing on that very first Christmas, and how not-so-silent it would have been. Think of the great reason they had to sing – because God sent his son to earth to make peace with us. That’s a good reason to sing of God’s glory. 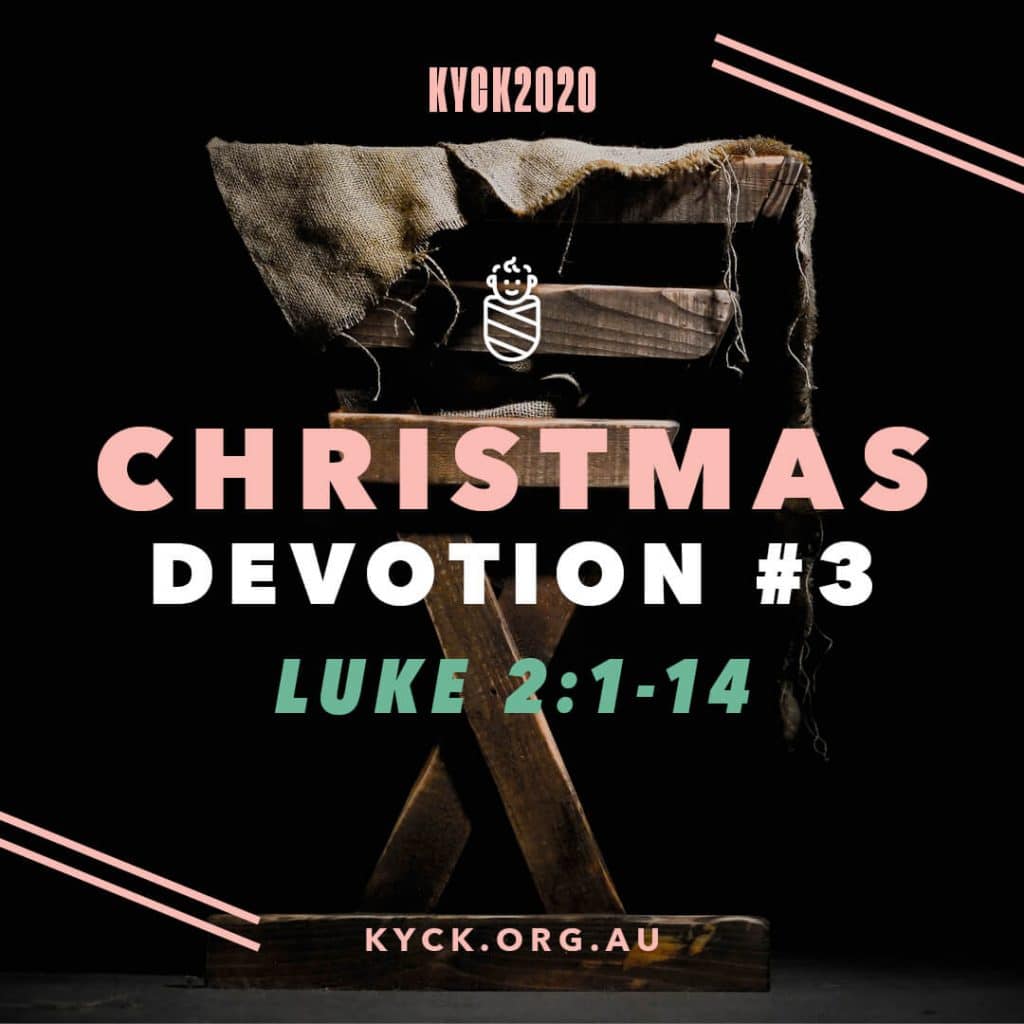 All One in Christ Jesus
Since 1903